Ward 10 Candidates Debate Did you miss the ward 10

Reminder of Music and Tea in Hibner Park today at

Get your question for Ward 10 Councillor candidate

Did you know? According to a CBC study, the “N2

A party is coming to your neighbourhood on June 18

Jane's Walks on this weekend. For info - (https://

Winter Break Camp: Join in on the fun this winter

A weekend stroll at Victoria Park is a great way t 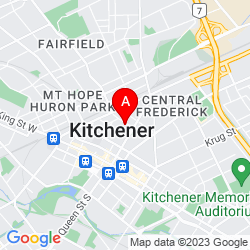